I had the opportunity to attend a leadership training program by a business school, together with a group of 40-50 other attendees.

One of the sub sections of the training was a group work to discuss questionnaires previously filled by colleagues of the attendees within groups of 4 persons each.

During this evaluation conversations, one of the attendees said that:

– He was transferred to his current company with the reference of one of his managers,

– A conflict soon arose with his supporting manager and another high level manager, which resulted in favor of the latter,

– And now he was trying to form a new relationship with his new manager,

asked for our recommendations on what he should do. 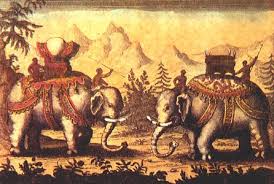 My recommendation to this person was:

– Find yourself a new job as soon as possible and leave that company. Whatever you do, you will never reach the level of success that you believe you have earned in the mind of the new manager,

– During this process, never say anything against your previous manager in order to look good to the new manager.

I had a similar experience myself in the past. If your name has started to go together with the name of a particular manager, you may potentially face also negative consequences of this situation in the long term.

Example: If your manager has lost in the conflict within the company and resigned or passed on to another division, you have no chance of making yourself or your success accepted by the new manager, however good or successful you are in reality.

The biggest mistake you can do at such a period you will do is to forget your relationship with the new manager whose power you have benefitted from and expect the new manager to evaluate you in isolation from the previous manager.

In fact, how hard you try to fool yourself, you know deep inside that your new relationship will not work. The best thing to do is to leave that company. As a matter of fact, even if you do not want to leave, your new manager will force you to do so very soon. At least you will own the timing and spare yourself of the shock.